Instructions to Spies: Are They Privileged?
In brief, the decision by Justice Boswell of the Commercial List suggests that solicitor/client privilege has been narrowed, and litigation privilege has become easier to lose. For seven years, Catalyst Capital and West Face Capital have been at war. Their latest skirmish, over privilege, might change the way that lawyers interact with witnesses, investigators, and the media.

In 2014, Catalyst and West Face each bid to purchase WIND mobile. West Face won the bid. Catalyst sued, claiming that West Face only won by stealing its trade secrets. Justice Newbould disagreed. Catalyst was not pleased.

Catalyst appealed. They also brought a new action against West Face and various other companies for conspiracy, claiming that the defendants had circulated negative rumours about Catalyst in order to profit from shorting Catalyst’s stock.

To support both cases, Catalyst hired Tamara, which in turn hired Black Cube and Psy Group (collectively the “Private Investigators”). Black Cube drew its employees from former members of the Israeli Defence Force and Mossad, and were ostensibly hired to provide “litigation support”. Black Cube has been widely discredited, notably in relation to its actions in the Harvey Weinstein case, as chronicled in Ronan Farrow’s recent book, Catch and Kill.

For the appeal, the Private Investigators took it upon themselves to conduct a sting operation to prove that Justice Newbould was biased and harboured anti-Semitic views which influenced his decision. Justice Boswell took pains to observe that the Private Investigators appear to have been on a frolic of their own and undertook many actions, notably the sting operation, without instructions from counsel. Black Cube’s suspicions about Justice Newbould were unfounded. The transcript of the sting operation was never filed in court.

For the conspiracy action, the Private Investigators were tasked with inducing West Face employees to disclose confidential information about the company.

In addition to being used by counsel, the information gathered by the Private Investigators was sent to Philip Elwood, who was tasked with convincing the media to portray Catalyst in a positive light, or portray the defendants and Justice Newbould in a negative light.

The Documents at Issue

The defendants in the conspiracy action moved for production of thousands of documents. This blog only discusses two categories of those documents:

In The Catalyst Capital Group Inc v West Face Capital Inc, leave to appeal refused, Justice Boswell ordered Catalyst to produce all of the documents at issue. The decision was quite long (398 paragraphs), with a variety of reasons for rejecting solicitor-client and litigation privilege. This blog post will only discuss the four most salient conclusions.

Are Conversations with Witnesses Solicitor-Client Privileged?

The court held that the Lawyer’s Notes were not solicitor-client privileged because they merely recorded a conversation between a lawyer and a witness. The fact that both the lawyer and client were in the same room, discussing the litigation, did not change the fact that the conversation was not about legal advice.

The court qualified this conclusion somewhat, finding that the lawyer’s annotations might have been privileged. However, any such privilege was waived because the Lawyer’s Notes were shared with the Private Investigators. That brings us to the next important conclusion.

Are Conversations with Investigators Solicitor-Client Privileged?

However, the test used by the court to assess essentiality might be significant. The court held that the Private Investigators were not essential to the solicitor-client relationship because they “did not act as a conduit between the client and counsel”. That establishes a bright-line test which may attract controversy: a third party is only essential if they are relaying messages between a solicitor and their client.

Running a Media Campaign Can Undermine Claims to Litigation Privilege

The court accepted that parts of each of the documents at issue could be subject to litigation privilege. However, they lost that character due to their connection to the media campaign.

The Lawyers’ Notes would have been litigation privileged if they were only used for the litigation. However, they were also shared with the Private Investigators and Mr. Elwood to further the media campaign. Although the court does not explicitly say this, the rationale appears to be that a document cannot have been created for the dominant purpose of litigation if it is also used for other purposes.

The parts of the Instructions to Investigators relating to investigations for the claim would have been litigation privileged. However, those instructions also referred to the media campaign, so their dominant purpose was not for the litigation.

The analysis above would have been sufficient to end the decision, but Justice Boswell went on to recognize the broader exception of litigation privilege. Instead, the court went on to recognize a broader exception to litigation privilege, namely that it cannot be used to “shield improper conduct”. Specifically, the court created a “rule presumptively excluding from civil trials, evidence obtained by improper means”.

This case presented two clear examples of evidence obtained by improper means: (1) trying to win an appeal by denigrating a judge; and (2) engaging in corporate espionage.

Interestingly, the court uses different language for the effects of each improper pursuit. Denigrating a judge resulted in litigation privilege being “vitiated”, whereas the court “refused” to protect evidence from corporate espionage. The first suggests a mandatory rule, whereas the second suggests an exercise of discretion.

This decision is a good example of hard cases making bad law. Certain of the findings may surprise lawyers in different practice groups (for example, in the defence personal injury field). Nevertheless, we observe that:

(1) If you communicate with anyone other than your client or an agent acting in some way as a conduit to your client, you may lose solicitor-client privilege over those communications and any attached documents.

(2) If you run a media campaign related to the litigation, you probably lose litigation privilege over anything you share for the campaign.

(3) If your litigation strategy is improper – like attacking a judge or corporate espionage – courts can show their displeasure by vitiating litigation privilege.

On March 1, 2021 Catalyst filed a Statement of Claim against certain of the private investigators, namely Black Cube. That pleading has recently come to light. The Catalyst action acknowledges that Black Cube was retained for various purposes including “investigative activities in connection with litigation … [including] the possibility that the trial judge who had ruled against the Plaintiffs in that action may have been biased”. Catalyst alleges, in essence, that Black Cube engaged in faulty tradecraft. Stay tuned. 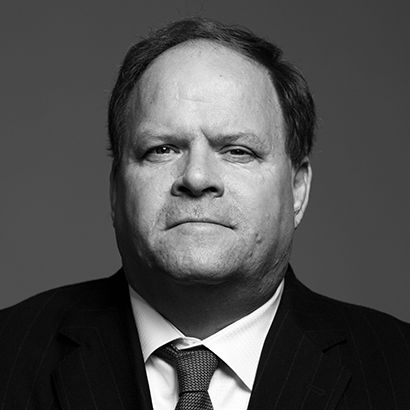